Where are all the kitchen hands?

It’s fair to say I spend a good whack of time on recruitment sites and industry specific hospitality pages. The hospitality skills shortage isn’t news to any of us, and I frequently analyse the number of chef adverts in a given region at a given time. 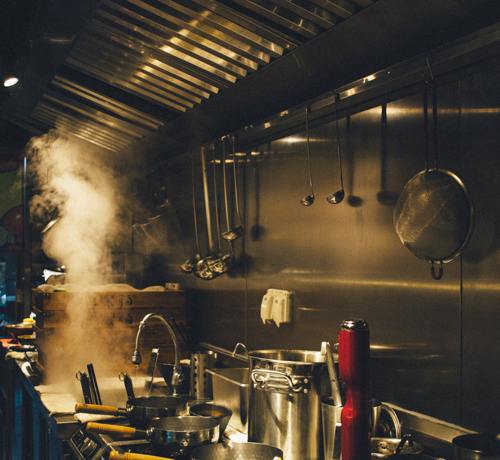 What has surprised me recently is the significant increase in the number of kitchen hand positions that are being advertised. Every client I am currently working with is asking me for kitchen hands. The conversation tends to go: ‘I need a good Sous Chef, two gun CDP’s a commis….oh and a kitchen hand.’

Having been an owner operator myself I know who normally ends up doing the dishes when there is no kitchen hand. If it's not the independent restaurateur trying to keep the doors open, it’s the ground down head chef battling to keep his or her team morale together. A good kitchen hand can make or break a kitchen. It's a bloody hard job in very tough conditions. Every chef I know has a story about their favourite kitchen hand. There’s the cranky dude who likes all the plates stacked by size, colour and brand. The gal who’s a total machine in the pot-wash getting pans back to the sections as fast as they can use them. At my first restaurant in London we had a wonderful kitchen hand called Matilda who was a Brazilian journalism student and looked like she would blow over in a breeze. She was quick, efficient and spoke not a word of English! My husband and his Sous Chef taught her ‘kitchen’ English over a six month period. When she came back to visit a year later we all sat down together and had a coffee and a conversation. It was magic.

At a venue I ran in Mayfair we had a very excitable Polish kitchen hand called Jerry. Jerry came back from the hairdressers one day with a mullet. This was 2003 so they were neither retro or on-trend. The head chef took him back to the hairdressers and demanded they fix it up for Jerry.

None of us mind rolling up our sleeves and getting on with it, but at some point hospitality life needs to return to a semblance of normality. For everyone’s sanity.

So where have all the kitchen hands gone? They are the international student’s who left when borders closed and we are still making up numbers. They are the staff who retrenched during lockdown and found new jobs during daylight hours without the steam and heat (and fun and banter and camaraderie- but I’m biased). Or they are now chefs. The industry crisis means this pathway is a possibility.

Who is the kitchen hand that you remember most fondly?

See how youSolved can solve talent hiring for you!